Safety in the Age of the “Connected Truck” 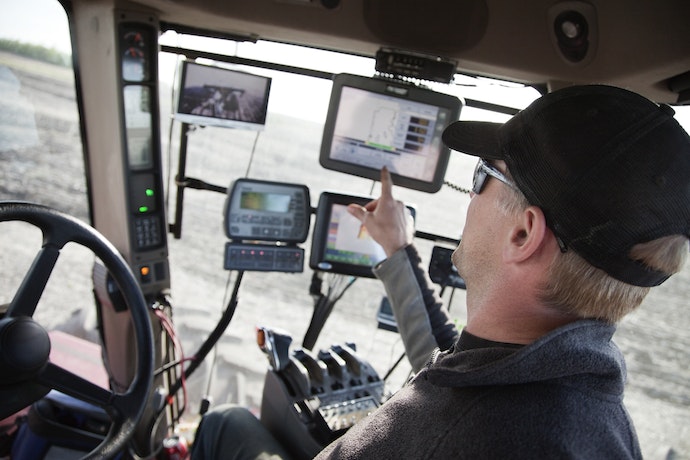 The middle of the century was a great time to be alive – for starters, both television and McDonald’s were invented – but it was especially great if you were a science-fiction writer.

The years between 1938 and the early 1950s are thought to be the “Golden Age” of sci-fi. This was before any space explorations had yet to get off the ground, but after we had a basic map of the solar system, and during a technology boom, giving writers a limitless realm in which to exercise their imaginations.

Ray Bradbury is one author known for his prescience in predicting technologies that would late come true. In one of his short stories, “August 2026: And There Will Come Soft Rains,” he discusses a technology that hasn’t quite materialized in its exact form, but likely isn’t too far away: a house that does all the thinking and work for its humans.

The house acts as an alarm clock, cook, calendar, weatherman, housekeeper, gardener, alarm system, party host, babysitter – and it does all this according to a predetermined schedule its humans had laid out for it, and remembers their likes and dislikes. (The kicker of the story, of course, is that the house is empty: Its humans, and all humans, have died in a nuclear war. But we digress.)

While we aren’t quite at the point of the “connected house” (although with technologies like Nest, we’re getting closer), we are approaching a fully “connected vehicle” – a vehicle that uses any number of different communication technologies to talk to the driver, other cars on the road, infrastructure and the cloud.

One of the ideas behind all this connection is that we can make driving safer and more efficient by powering our vehicles with technology. Telematics is one technology that is boosting the connectedness of fleet vehicles – and boosting safety as well.

A fleet management system sends out alerts when vehicles are due for maintenance – which can be set based on calendar time, engine on-time or mileage, depending on the type of service needed – helping to prevent truck breakdowns or accidents, due to maintenance issues, and keep drivers safer when they’re on the road.

The ability to track all vehicles via GPS means that stolen vehicles can be quickly recovered – and if, heaven forbid, any of your drivers were ever carjacked, they can press a panic button to send an alert to the office. The police can then respond even faster, helping both the driver quickly get back to safety and hopefully apprehending the criminal.

Sometimes the drivers themselves need a little nudge to remind them to be safe. Telematics tracking lets you set alerts for unwanted driver behavior like speeding, extended idling, harsh driving, braking and more – and the alerts go directly to the app on your phone, so you can take action in real time.

While we aren’t quite at the point where fleet trucks will drive themselves to a tech’s house in the morning and make him coffee and an egg-and-cheese sandwich, we have reached a new level of safety through telematics and the “connected truck” that’s only going to get better – and although Bradbury wasn’t big on predicting the future of fleet management, we like to think he’d be happy with where we are now.

With a career in transportation safety spanning 30 years, Penneau’s experience includes progressively responsible safety, regulatory compliance, and training in (and in support of) the trucking industry.

What is Vision Zero and How Does Data Reduce Traffic...

How Champion Trucking Got Ahead with Integrated...

Accept all Disable all