HomeResourcesBlogHow Much Gas Does Idling Waste? What Engine Idling Means for Your Fuel Tank
6 mins to read

How Much Gas Does Idling Waste? What Engine Idling Means for Your Fuel Tank 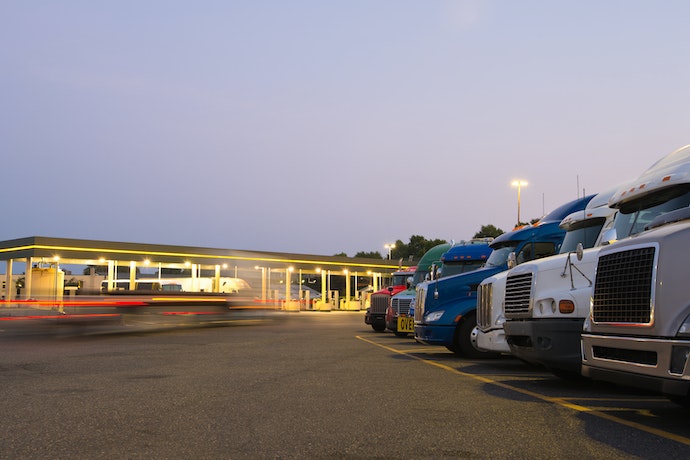 There are some serious implications of engine idling when it comes to fuel efficiency. Excessive motor vehicle idling leads to increased fuel consumption which not only increases wear on engine components and shortens vehicle life, but also negatively impacts the environment. Fortunately, there are ways to reduce unproductive engine idling. In this article we’ll discuss why idling engines can be costly and bad for the environment, and some potential solutions for fleet managers.

What is engine idling?

“Idling” refers to running a vehicle’s engine when it’s not moving, such as when you’re at a red light or stuck in traffic. Idling is part of the process of driving a car and is a fairly common occurrence for most drivers. However, idling may not be the best thing for your car, fuel consumption, or the environment.

Reducing the amount of time vehicles are idling is a simple way to maintain and even increase fuel economy among fleet vehicles, especially as gas prices rise.

Is idling bad for your engine?

Letting a vehicle idle does more damage to the engine than starting and stopping. In fact, running an engine at low speed (idling) causes twice the wear on internal parts compared to driving at regular speeds. The American Trucking Association estimates that idling can increase maintenance costs by $2,000 per vehicle per year while also shortening the lifespan of an engine.

Excessive idling can also cause a buildup of carbon residue in a truck’s engine. Because the engine is not operating at its optimal temperature when idling, fuel is only partially combusted, leading to fuel residue buildup on the cylinder walls. This can further damage engine components, including spark plugs and exhaust systems, increasing maintenance costs and shortening the life of the engine.

Idling vehicles can use more gas than you might realize. This directly affects how much you spend on gas and how often you need to refuel. However, the amount of fuel a vehicle consumes while idling varies depending on factors such as its weight, engine size, and the type of fuel it takes. Some states and local governments even have anti-idling laws that restrict engine idling and impose fines on drivers who violate them.

Download this free guide to find out effective ways to bring down fuel cost.

Generally, the smaller your vehicle is, the less gas it will use while idling. According to research done by Argonne National Laboratory (Argonne), a compact sedan uses 0.16 gallons of non-diesel fuel per hour of idling with no load. But with average fuel prices at nearly $2.6 per gallon in 2019, the cost of idling can add up for drivers who spend a lot of time behind the wheel each year.

When heavy-duty trucks idle, even more fuel is wasted than when the average car idles. According to the Department of Energy, heavy-duty trucks consume about 0.8 gallons of fuel per hour when idling. Truck drivers often need to leave their trucks idling during their rest periods, which can be up to 10-hours, which would waste nearly 8 gallons of fuel while they sleep. In addition, non-job-related idling may add to these costs. A 30-minute driver lunch break for each of your drivers each day could be costing you another 2.5 gallons of wasted fuel. Over the course of a year, a long-haul truck could idle about 1,800 hours, using nearly 1,500 gallons of diesel, which was nearly $3 per gallon in 2019. For one heavy truck, the cost of idle fuel waste averages about $4,000.

Semi-trucks use 0.64 gallons of diesel fuel per hour of idling with no load. However, when they do carry a load, the amount of fuel consumed will increase. Semi-trucks and heavy-duty trucks transport the majority of goods consumed in the United States, so reducing the overall cost of transportation is essential to the economy.

Engine idling and the environment

Idling and wasted fuel also have a serious environmental impact. Engine idling is particularly bad for air quality, and the World Health Organization estimates that air pollution is responsible for 4.2 million deaths each year. Research conducted by Argonne via the Department of Energy estimates that 11 million tons of carbon dioxide, 55,000 tons of nitrogen oxides, and 400 tons of particulate matter are emitted into the environment from heavy-duty truck idling during rest periods.

These numbers don’t include the many other hours of idle time from smaller vehicles or the nonproductive idle time that occurs when trucks are loading and unloading. Emissions from engine idling are contributing to climate change and impacting air quality, which pose negative health risks for everyone.

For many people, reducing the amount of time spent with your engine running is a priority, if not a necessity. For instance, though everyone can benefit from fewer idling cars on the road, business owners who have to manage their fleet of vehicles stand to save money by reducing idling time.

Engine idling may seem harmless, but it actually has tremendous impacts that can negatively affect everyone. It wastes a significant amount of money on fuel and puts harmful toxins into the environment. Keep engine idling top of mind when you’re driving so that you can do your part to reduce it.

COVID-19 Vaccine: Understanding the Logistics and...