Larry's Limousine stays on the road with help from Verizon Connect 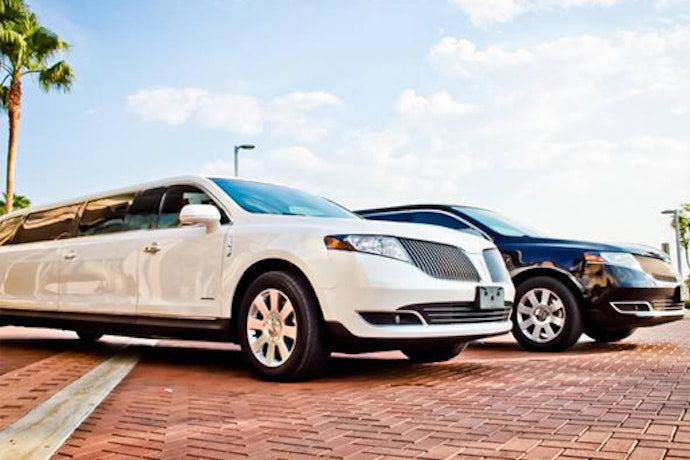 I could have lost a vehicle in my fleet, but instead I was only out about $20 in gas.
Larry Carmon
Owner

Larry’s Limos installed Verizon Connect GPS fleet tracking on their 7 vehicles for visibility of driver locations 24/7. The company and customers have reaped the benefits of improved employee accountability, positive driving habits, increased vehicle safety, improved vehicle maintenance and monitoring, reduced wait time for customers, and even the ability to locate a stolen vehicle.

Larry’s Limos has been serving the greater Birmingham, AL and surrounding areas since 1996. With their chauffeur-based profile, executive transport and airport packages, they are “committed to client satisfaction and superior service,” says owner Larry Carmon.

In order to stay continually informed of his drivers’ locations, Carmon implemented the Verizon Connect GPS fleet tracking solution in 2007. “I looked into three GPS tracking systems and Verizon Connect had the best system hands down,” he says. “The system was much easier to use, and the cost benefit is amazing.”

Larry’s Limos has taken advantage of several features of the Verizon Connect system to monitor its vehicles. “I always use the Weekly Report,” says Carmon. “I’ve got that set to run automatically.” This detailed report provides comprehensive details of the movement of all seven vehicles in his fleet, including ignition on- and off-time, location arrival and departure, idling time, drive time and distance traveled.

Carmon also tracks maintenance requirements and speeding using the real-time alerts. “If someone is speeding, or is up for an oil change, I will get an e-mail alert letting me know.” In addition, reports show him miles driven and out-of-state mileage, which Carmon says is “really important. And of course I use the Live Map; I’d be lost without that. I need to know where my guys are at all times.”

The basic mapping capabilities of the Verizon Connect system have proven to be extremely helpful. “Knowing where my vehicles are at all times is key,” says Carmon. “If I have a customer call in for a pickup, I’m able to look at Verizon Connect and know which one of my drivers is closest.” This fast access to information has saved the day in other ways, he adds. “A driver once called me all worried after he wound up in the middle of nowhere trying to find an address. I was able to pull up Verizon Connect and walk him through getting out of there and back on track.”

Carmon admits that he didn’t immediately inform his employees that he was installing the system. “I wanted to see any bad behaviors so I knew what was happening,” he says. As it turned out, “they were okay with it. Now they know it’s just the way that we do business and have seen its advantages.”

Now that Larry’s Limos has been using Verizon Connect for over four years, Carmon has noticed other ways the system has helped his business. “It’s cut fuel costs for sure,” he says. “Sometimes we are waiting at stops to pick someone up for two or three hours. Some of my drivers used to use that time to go sightseeing or joyriding to pass the time. Now they just sit there.” He’s also been able to monitor such cost factors as idling. “There are times where we have to idle, but I know when those times are. If I see that they’re sitting there idling when they shouldn’t be, I address that.”

Safety is a big concern for any transportation provider, and Carmon says that Verizon Connect helps give him “peace of mind.” Being able to monitor speeding is one thing, but there was one occasion that could have had devastating results if not for having the system. “One of my vehicles was parked in a parking lot and someone left the keys in it. Well, someone took off with it! When we found out it was gone, I pulled up my Verizon Connect and was able to report to the police where it was. The police met up with my vehicle as the driver was hopping out of it. I could have lost a vehicle in my fleet, but instead I only was out about $20 in gas.”

Carmon looks forward to a long relationship with Verizon Connect. “I like the way the system works. It’s become part of my daily routine. I depend on it on an hour-by-hour basis and would be lost without it. Having this system has become a vital part of my everyday life. Being without it would be like being without my cell phone.”

I could have lost a vehicle in my fleet, but instead I was only out about $20 in gas.
Larry Carmon
Owner
Get a demo