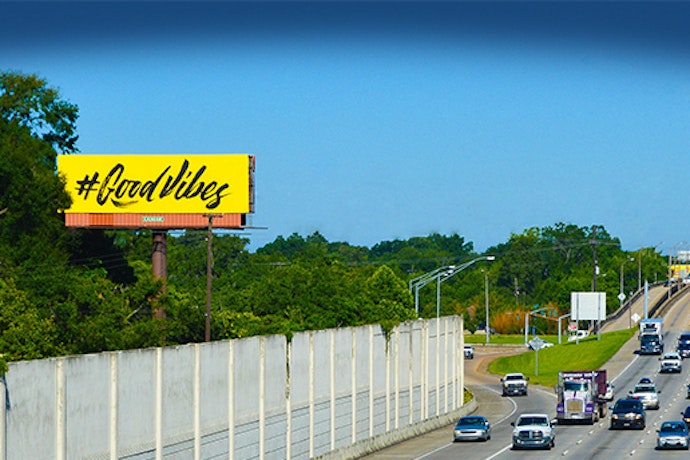 Once you have the information, you become fundamentally opposed to living without it. It’s like a smartphone. Once you have one, you never want to be without it.
Greg Gauthier
Director of Sustainability and Product Research

Have you ever wondered who changes the 30-foot billboards on the side of the highway? Lamar Advertising, a leader in outdoor media, manages over 370,000 displays in the US and Canada. Lamar has nearly 1,000 vehicles on the road every day, dispatching from 150 plants. All of that activity is the hallmark of a thriving company, but it came with some major drawbacks as well. “We had no idea of driver activity outside of our shops,” explains Greg Gauthier, Director of Sustainability and Product Research at Lamar. “We were exposed to any number of liabilities. To talk to a group of General Managers and ask them, “where are your drivers right now?” they couldn’t answer. That was the biggest concern, you know that you don’t know.”

Moreover, the lack of visibility had crucial safety implications, even when the vehicle is stopped. As Gauthier explains: “We continuously make safety observations of our crews in the field. When someone is 80 feet up in the air, there is zero margin for error, and we have to know that people are following the rules. Previously, we had to ask where crews would be on a given day. If people know you’re going to be making an observation, how can you expect to get an accurate read on how they actually manage safety in the field?”

To deal with these challenges and improve productivity, Lamar Advertising deployed Verizon Connect's GPS fleet management solution across the fleet. Lamar attributes their results – a 15% increase in productivity, 15% decrease in fuel costs, 66% reduction in engine idle time, and improved on-site safety auditing – to their thoughtful usage of the system.

Deciding on a system

“We knew that if we were to see even 5 minutes of extra productivity each day, and drive idle time down to around 30 minutes per day, the telematics system would be paid for,” Gauthier recalls. “Then you essentially have this incredible management tool at no new cost. And that’s what we’ve done.”

Lamar chose Verizon Connect because of its ability to easily display driver behavior throughout the reports and dashboards. “Ultimately what we look at is driver behavior, not vehicle behavior,” Gauthier emphasizes. “It’s critical to understand who’s driving, what they’re doing, and if it needs to be corrected, how we can help do that.”

The implementation of an enterprise-class system in 150 locations nationwide can be a daunting process, but Verizon Connect got Lamar up and running quickly. “Everyone at Verizon Connect was so easy to work with, especially the Implementation Team,” says Gauthier. “Our Verizon Connect Implementation Project Manager was an absolute star and a real asset to the company. He never got his feathers ruffled, always did what he said he would do and handled any speed bumps that came up with ease and patience.”

Once the system was installed, Lamar simply collected data on the fleet for six months, observing the results to get a better understanding of their operations. With the data collected and analyzed, Lamar instituted a 3-month testing phase to see how well they could manage to the metrics. At each plant, managers addressed key issues from the collected data, for example, excessive engine idling, drivers making unscheduled stops or days that weren’t organized properly. Managers put an emphasis on working collaboratively, not punitively, to identify and fix problems.

Lamar’s fleet changes began with a few simple observations. A typical driver’s day begins at 8:00 am. The data showed that some drivers would report to work at 6:30 am, starting their vehicles and idling for 90 minutes before leaving the plant. Often, a driver’s first stop would be at a gas station to fuel up, possibly followed by a stop for food. The first work-related stop may not occur until 8:30 or 9:00 am. Drivers would make more stops in the morning, then fewer stops in the afternoon, before coming back to the plant 30 minutes early at the end of the day.

Lamar’s management team saw the opportunities in the data – by being more organized and disciplined, the company had a lot to gain. Drivers could gas up after their last stop of the day before returning to the office, collect the next day’s materials in advance, be ready to hit the ground running, and keep up the same rate of work throughout the day. These small changes would add up to a big productivity increase.

Lamar’s change management relied on cooperation and good-natured competition, not mandates from on high. “You try to be positive about it, not heavy-handed. You want to catch people doing things right. You can introduce competition between teams for example, some crews do that. The crew that does the best this month gets dinner. You make good examples of people and recognize when people do a great job. It helps your crews feel good and gives people a target to aim for, rather than a stick to run from,” Gauthier explains.

By making these simple changes at each plant, Lamar was able to increase productivity by 15%, decrease fuel costs by 15%, and reduce engine idle time from 90 minutes to 30 minutes per vehicle per day. This was all done without having hard and fast policies, simply managing to the results at each location. “You don’t know what you don’t know until you start monitoring,” Gauthier says.

“Our first day, we noticed a driver going 88 mph in a 65-mph zone,” Gauthier recalls. “The next day, he was going 89 mph. On day three, it was 90 on the same road, same driver. We called his regional ops manager and he didn’t speed after that. That was the first report on the first day that we got that information.”

By using Verizon Connect’s Driver ID capabilities, Lamar was able to get out in front of safety issues by knowing exactly who was in each vehicle and how they were operating behind the wheel. Everything from hard braking to harsh cornering and quick starts were measured, allowing Lamar to create coachable moments. It also helped answer that crucial question, “Do you know where your drivers are and what they are doing?”

Furthermore, on-site safety audits with Verizon Connect became a simple matter of identifying where a particular crew was located and performing a blind audit to ensure that employees were actually following safety procedures.

Going forward, Lamar Advertising will integrate the data with the company fuel card to better highlight areas for fuel savings and maintenance improvements. For now, the company has a fleet management tool that has become indispensable. “Once you have the information, you become fundamentally opposed to living without it. It’s like a smartphone. Once you have one, you never want to be without it. No one is going to go back to a flip phone,” Gauthier says.

Once you have the information, you become fundamentally opposed to living without it. It’s like a smartphone. Once you have one, you never want to be without it.
Greg Gauthier
Director of Sustainability and Product Research
Get a demo