Capital Crane gets support and savings from Verizon Connect Reveal 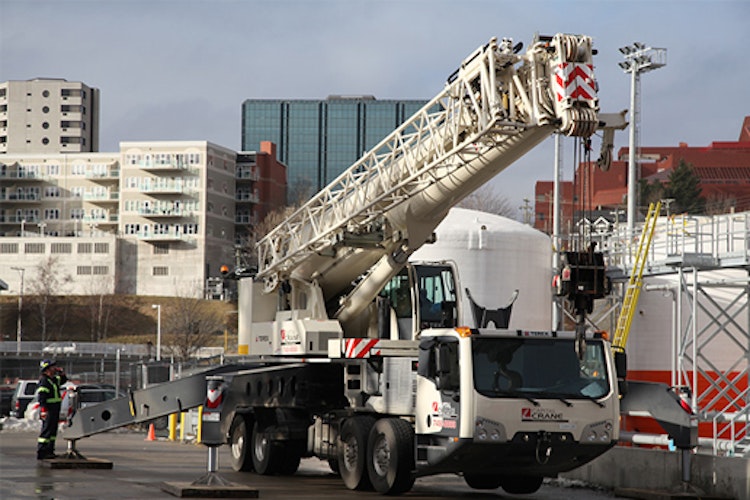 Verizon Connect Reveal is just a clean site, a great program. It goes above and beyond what you expect.
John Thistle
Fleet Maintenance Coordinator, Capital Crane

Capital Crane Limited rents equipment for any large-scale construction site, with a fully winterized fleet ranging from all-terrain cranes to trailers to pickup trucks. Reveal gives the company the robust GPS fleet tracking and unrelenting support it needs to thrive in the harsh conditions of northeast Canada.

Capital Crane needed a reliable technology solution to track its widespread fleet for more effective service and maintenance. Fleet Maintenance Coordinator John Thistle recalls, "Last year, we had to replace two engines due to customer misuse. Our engines cost $85,000 each.Being able to monitor the engine for a small fee each month is a much better idea."

Unfortunately, the first GPS fleet tracking solution Capital Crane tried wasn't up to the task. Thistle says, "Our old system was a mess - it never got hooked up right and didn't work right."

The Verizon Connect Reveal GPS fleet tracking solution has made it easier to maintain and service Captial Crane's fleet, revamping its maintenance process and saving the company on costly repairs and replacements.

Thistle found that once he did a couple of rounds of training and played with the system, he was able to learn the program easily. "It's just a clean site, a great program. It goes above and beyond what you expect."

Now he keeps Reveal running on six monitors in his office so he can see a map view of all three Captial Crane locations and track where all the company's equipment is at once.

"It's a huge advantage being able to see where all our equipment is, and to know that people aren't misusing it."

He also enjoys that when he does get a call at home after hours, he can access the data on his iPad. "I can log in right now and check on a vehicle. That's an excellent feature," says Thistle.

Capital Crane has found that Reveal gave them several other advantages:

Verizon Connect Reveal is just a clean site, a great program. It goes above and beyond what you expect.
John Thistle
Fleet Maintenance Coordinator, Capital Crane
Get a demo