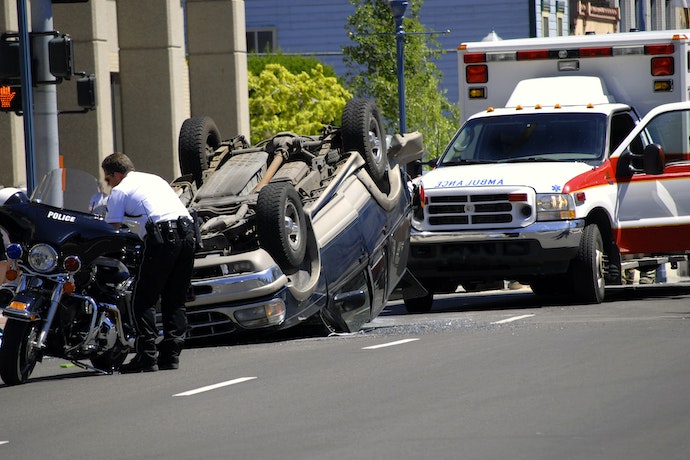 With 15.5 million trucks on the road in the U.S., drivers and civilians are at risk of traffic crashes every day. Preventing and reducing car and truck crashes to decrease the rate of motor vehicle deaths and injuries has never been more important.

Some car accident statistics require law making at a State and Federal level to positively impact, from helmet laws for motorcyclists that vary state to state, to new requirements for rear view cameras in cars to help prevent backover crashes. However, there is still a lot that commercial fleets can do to encourage safe driving behaviors like seat belt use, promoting a safety culture that can lead to fewer crashes, traffic fatalities and injuries as well as reduce property damage.

Let’s take a closer look at seven ways that commercial fleets and drivers can use technology and establish a safety culture to help make all motorists safer on the road.

According to the National Highway Traffic Safety Administration (NHTSA), 3,166 people were killed in distracted driving crashes, accounting for nine percent of all fatal crashes in the nation in 2017. Examples of distracted driving include using a cell phone or device, putting on makeup, having earbuds in, eating and more. Using cell phones and texting are particularly dangerous because it takes a driver’s eyes off the road for an extended period of time. It’s difficult to know exactly what happens pre-crash, was the driver distracted? Did another driver slam on their brakes? Did a pedestrian take an illegal crossing?

When large trucks are involved in a crash, more than eight percent of them end in a fatality due to the size of the vehicles and speed they tend to travel. Now, thanks to fleet dashcams, it’s often easier to understand the context of a truck crash. Fleet dashcams capture the moments before a crash occurs. This visual data often demonstrates who was responsible in the case of a collision. Fleet dashcams also provide insight into driver behavior. Was the driver engaging in harsh acceleration prior to a crash or had they been abiding by safe driving guidelines? With fleet cams and driver behavior monitoring software it’s easier to understand the context of an accident. Having this data can help fleet managers and drivers reduce crashes and fatalities by creating accountability and establishing a sensible safety culture.

Reducing speed limits to five MPH below the recommended speed could reduce crashes by 50 percent (SSTI).

Speed is often a key factor in fatal crashes. Driving at a higher speed means the driver’s reaction time is reduced, increasing the likelihood of a collision. One study found that fatal and other serious crashes drop by almost 50 percent when speed is reduced by five MPH.The State Smart Transportation Initiative (SSTI) found that accidents involving speeding led to a three percent increase in a crash with injuries, and a four to five percent increase in crash deaths.  Additionally the Insurance Institute for Highway Safety (IIHS) found that increased speed limits over the last 25 years have contributed to an additional 37,000 American traffic deaths.

Since speeding contributes significantly to the fatality rate of motor vehicle crashes, monitoring driver speed is essential to promoting road safety. With telematics, you can monitor driver speeds against posted speed limits and provide real-time alerts to both managers and drivers on the road, encouraging them to slow down immediately. Glean insights into drivers who engage in excessive speeding frequently and put them on a program to improve their safety. Reducing speeding events can also help fleet managers cut down on fuel costs as well.

In 19% of large truck crashes, drivers were unfamiliar with the route they were on when a crash occurred (FMCSA).

New or unfamiliar routes are a leading factor in large truck crashes. Since we know how deadly large truck crashes can be, giving drivers accurate is essential to helping prevent traffic accidents. GPS fleet tracking helps by providing drivers with accurate directions that get them to their destination on the safest and most efficient route possible. Truck-specific GPS navigation provides drivers with routes that avoid roads and infrastructure unsuitable for semi trucks, restricted zones, traffic congestion, and help get them through the last mile and right to the loading dock.

Prescription drug use and over the counter drug use are amongst the top 10 associated factors in large truck crashes (FMCSA).

Prescription and over the counter drug abuse is a real issue faced by the transportation industry. Long haul drivers are at risk for drug abuse due to the nature of their jobs - extended periods of time spent alone on the road, under tight deadlines, in uncomfortable positions often lead to abuse. (Reuters) According to FMCSA, 17% of large truck crashes are associated with over-the-counter drug use, and 2% are caused by illegal drug use. Preventing drivers from abusing over-the-counter drugs can be difficult to enforce because those drugs will not show up on a drug test. But curbing illegal drug use is possible with frequent and random drug testing.

The pre-employment screening process (PSP) and the CDL Drug and Alcohol Clearinghouse are two tools fleet managers can use to verify that they are employing drivers with safe records. PSP records help carriers perform thorough screening and reduce the risk of hiring drivers with previous drug or alcohol abuse related violations. The Clearinghouse will improve the hiring process by making it easier to eliminate drivers with an overwhelming history of drug and alcohol violations before you hire them.

29% of large truck crashes are associated with brake problems (FMCSA).

Imagine a large truck barreling down the highway at 70 MPH and the driver realizes the brakes aren’t working. The damage caused would be catastrophic. There are a couple of ways technology is already helping to prevent this from happening:

The annual economic cost of road crashes in the United States is an estimated $871 billion (NHTSA / PBS).

Road crashes cause more loss than just that of life and well-being, they have a tremendous impact on the economy. Investing in developing a safety culture within your fleet can help, and employing a telematics system used to track safety metrics is a cost-effective and proven solution. According to the U.S. Department of Transportation (DOT), companies that actively develop, engage, and promote a strong safety culture are proven to have fewer and less severe accidents. By implementing high expectations for safety behaviors from the top down and throughout an entire organization, you’ll establish accountability.

How to Prevent Fleet Cybersecurity Attacks

Eighty one percent of American drivers have witnessed a commercial vehicle being driven dangerously and 54% of them have...

Eighty one percent of American drivers have witnessed a commercial vehicle being driven dangerously and 54% of them have...