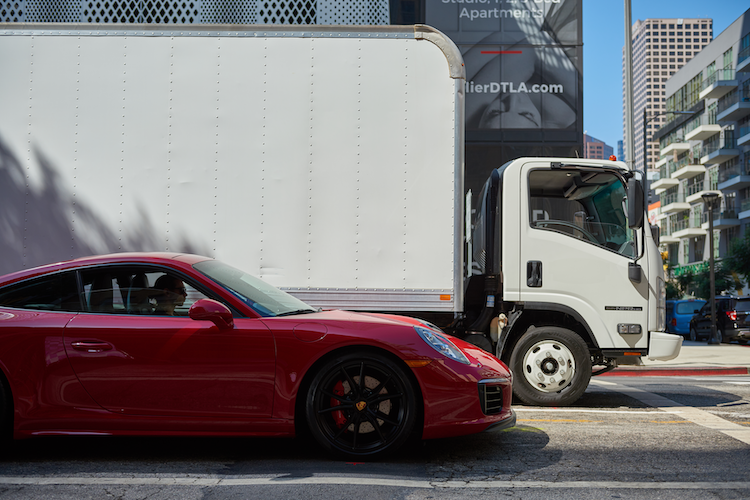 An enormous number of commercial motor vehicles (CMVs) travel the United States’ roadways every day. Every time one of your fleet’s trucks, cars or other vehicles hits the road, it is representing your company. At the same time, your truck drivers are assuming responsibility for other commercial and passenger vehicles on the road.

A recent study conducted by Verizon Connect and Wakefield Research strives to separate perception from reality regarding commercial driving and road safety. Let’s take a look at the results and how these trends can impact the future of roads and safety-supporting technologies.

Given that 97% of all severe crashes in the United States involve non-commercial trucks, it’s clear that drivers perceive a greater roadway danger than is actually present from commercial transport. But the report numbers also tell us that all vehicles on the road inevitably face some dangers and challenges. See the complete infographic here.

While American drivers do hold misperceptions about the dangers of commercial trucks, commercial drivers face very real issues impacting how they do their job.

Last-mile delivery is one of the biggest safety concerns to emerge in the trucking industry in recent years. The rise of ecommerce has led to an ever-growing volume of deliveries being made across the country, many in densely populated areas. According to the Wakefield data, while the rate of severe crashes in densely populated areas is increasing faster for lighter commercial trucks (27%) than for heavy-duty trucks (16%), last-mile delivery is a concern for all commercial vehicles. The study also found that while 58% of people believe more vehicle accidents happen on highways, 70% of fatal commercial truck crashes actually occur on roads that are not interstate highways.

While the challenges and inherent safety issues associated with last-mile delivery remain a concern, smart technology has made it possible to help mitigate dangers and make for safer navigation of densely populated areas.

Smart video monitoring can help reduce the frequency of accidents on highways and in densely populated areas in addition to bringing about a change in driver behavior. People overwhelmingly agree—74% of the adults in the Wakefield study said that commercial vehicle drivers shouldn’t be allowed on the road without a fleet dash cam or some sort of video monitoring of their driving habits. Forty-two percent believe that installing a dashboard camera is the #1 way to reduce accidents involving commercial vehicles.

By installing integrated smart video within your commercial fleet’s vehicles, you can essentially “ride shotgun” on each trip by collecting a permanent visual record of each vehicle’s travels—including weather incidents, harsh driving occurrences, collisions, other accidents and basic vehicle operation. Overall, the video system could offer your fleet and your organization a host of safety-related benefits: 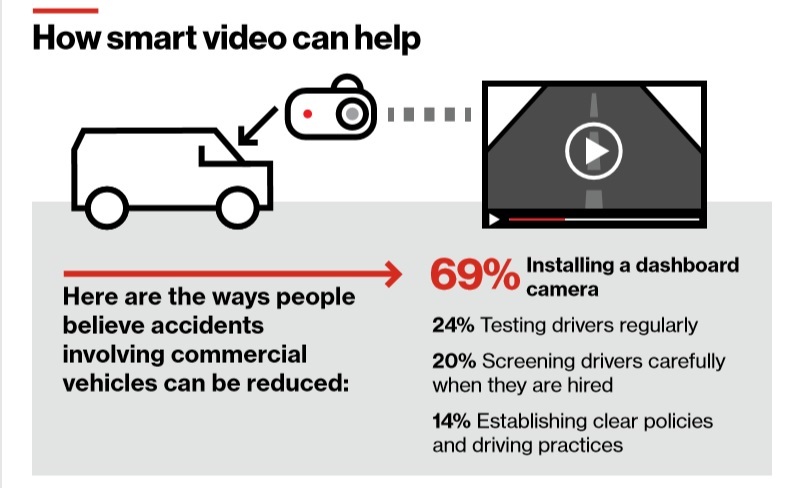 What to look for in a smart video solution

When looking to invest in a fleet-wide in-cab video solution, make sure the technology is intuitive, comprehensive and that it provides capabilities that easily integrate with your telematics and GPS system, including:

As more vehicles – both commercial and private passenger – continue to share the roadways more often, safety will continue to be a top priority for all commercial fleets. Video technology can go a long way in impacting the safety of your drivers and vehicles on the road.

Want to learn more about the state of American drivers’ perception of commercial driving? Download the entire research report here.

How Champion Trucking Got Ahead with Integrated...

Road and car crashes in trucking are deadly. With 15.5 million trucks on the road in the United States, this creates risks...