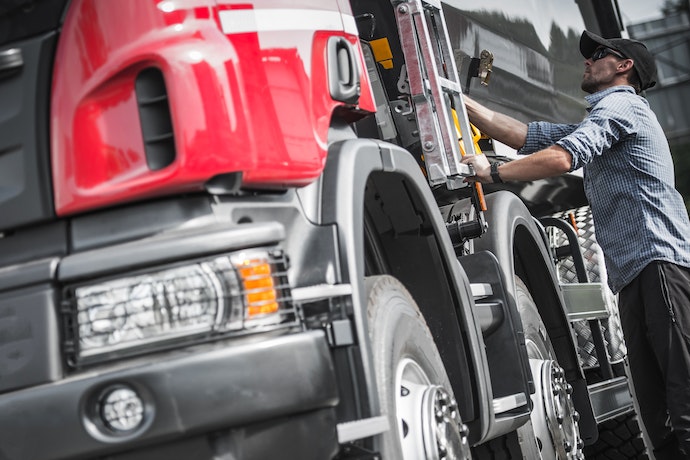 Hiring safe, responsible CDL drivers with clean records is critical to mitigating risk and keeping insurance costs low. Reports from the Pre-employment Screening Program (PSP), can be used to screen drivers during the hiring process, becoming a key tool for carriers in hiring drivers and a useful tool for drivers to track their own performance. In addition, fleet managers should know how individual driver PSP reports can impact their own carrier Compliance, Safety, Accountability (CSA) scores.

What is a PSP report?

PSP reports do not contain a PSP score or statements indicating whether or not a driver was at fault in any incidents contained within the report.

You can view a sample FMCSA PSP report here.

Drivers and carriers can access PSP reports by creating an account via the FMCSA website. For drivers, it’s important to monitor PSP reports because according to HireRight, 81% of carriers review PSPs during the interview process. Drivers should monitor their reports to check for errors on a regular basis, and if an inaccuracy is found, it should be reported to the FMCSA immediately by submitting a DataQs request for data review at https://dataqs.fmcsa.dot.gov/.

The hiring process and PSP reports

PSP reports were developed by FMCSA under Congressional direction via the Safe, Accountable, Flexible, Efficient Transportation Equity Act, designed to make the roads safer by helping carriers make more informed hiring decisions. Carriers should take PSP report data very seriously, as drivers with previous violations were found to have an increased likelihood of future involvement in a crash. According to the American Transportation Research Institute:

Additionally, an FMCSA study found that companies and potential employers using PSP reports to screen new hires lowered their crash rates by 8% and lowered driver out-of-service rates by 17% on average.3

CSA is an FMCSA initiative that was introduced to improve the overall safety of commercial motor vehicles. The higher the CSA score, the more likely the FMCSA will rate a carrier “to be involved in an accident.” For this reason, carrier CSA scores can influence the frequency of roadside inspections that drivers encounter, as well as the number of DOT audits they experience and the insurance premiums the carrier is charged.

According to the American Trucking Association, there are several steps to calculating a carrier CSA score:

The data used in CSA measurements is largely the same data compiled in PSP reports; therefore, hiring safe drivers with few accidents and violations on a PSP report can positively impact a carrier’s CSA score.

Many carriers are turning to software to coach drivers on improving driving behavior and safety to boost both PSP reports and CSA scores. Driver management and safety software ultimately helps fleets coach drivers to be safer, more productive and efficient.

While drivers might at first object to having software “keep tabs on them,” they eventually come to realize that these systems are in place for their benefit, as well as the benefit of the carrier. Drivers can proactively manage their own performance, while fleet managers stay informed about driver speed, hard braking, harsh acceleration and other behaviors, and then put coaching in place to help drivers improve.

Carriers not taking advantage of the right telematics software are at risk for high CSA scores, increased insurance rates, and non-compliance with FMCSA regulations. Learn how solutions from Verizon Connect can help improve driver management and safety.

ELD Exemptions in Canada: What You Need to Know

How to Be Prepared For The Canadian ELD Mandate