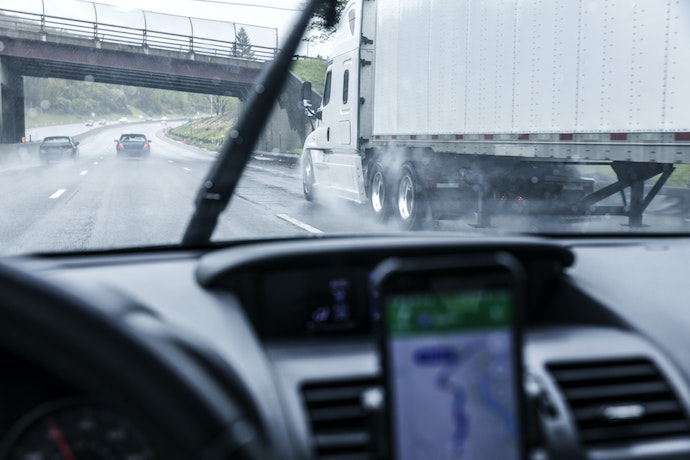 Dashcams: A guide to state laws and compliance

Proactive IoT devices such as dashcams have become popular for both everyday drivers and those that drive commercial vehicles—and for good reason. According to Consumer Reports, the top five reasons dashcams are purchased are: 1) evidence for claims to insurance companies, 2) silent guardians against theft and vandalism, 3) video footage corroboration, 4) reliable witness, 5) personal security.

These benefits can apply to both personal and commercial vehicles; however, there may still exist issues in legality in some states that could impact dashcam adoption and use. These legal issues are likely to impact personal drivers more than those employed to drive as a member of trucking fleet, due to to the requirement that some fleets have dashcams installed—but all drivers should be aware of the legal implications of utilizing dashcams.

The legality of dashcams

Dashcams are becoming increasingly popular, both in commercial and industrial applications, but using them requires knowledge of sometimes complex, or detailed, local laws and limitations. Whether a dashcam is legal to use in a particular state or for a particular purpose can depend on a number of factors.

First, dashcams are deemed illegal in some cases because they can obstruct a driver’s view through the windshield. Laws in many states dictate how much of a driver’s view can be blocked by a windshield-mounted device, like GPS navigation or a dashcam. Missouri and North Carolina are the only two U.S. states without some form of obstruction restriction.

Windshield obstruction laws are meant to prevent accidents and other events that can arise from poor driver visibility or from a situation where a front windshield obstruction can make visibility worse. However, as the push for driverless cars and trucks continues to gain momentum, especially within commercial or industrial fleets, it’s possible in the future that the rules around dashcam legality may change to reflect how autonomous driving technology “sees” the road, and even records a 360 degree view around the vehicle.

Second, dashcam footage can sometimes conflict with electronic surveillance laws. This is because they can record instances both outside and inside a vehicle. Some states may require every person involved (not just the driver) to approve being recorded by both voice and film—for example, Illinois, California and Washington fall under this category. So, it’s a good idea to check state laws before installing a dashcam, and also know that laws are always subject to change.

What are dash cameras used for?

For fleet-based organizations, dashcams can be particularly useful in helping improve safety and protecting a company’s bottom line. And when integrated into an overall telematics and fleet tracking solution, the benefits only multiply.

In particular, integrated video footage for fleet dashcams can help:

Do you need a dashcam?

When it comes to protecting your organization and your drivers, context is critical for any driving incidents. Deciding whether you need a dashcam can depend on where you operate, the laws that apply in your area and what industry you are in. In general, commercial vehicles can be outfitted with dashcams as part of a fleet management solution, and organizations that may benefit include:

Keep in mind that the legalities around dashcam use in a particular state or region are subject to change. It’s always a good idea to check state and city laws before pursuing a dashcam solution.

Learn more about dashcam technology as part of an integrated fleet management solution.

How to Prevent Fleet Cybersecurity Attacks