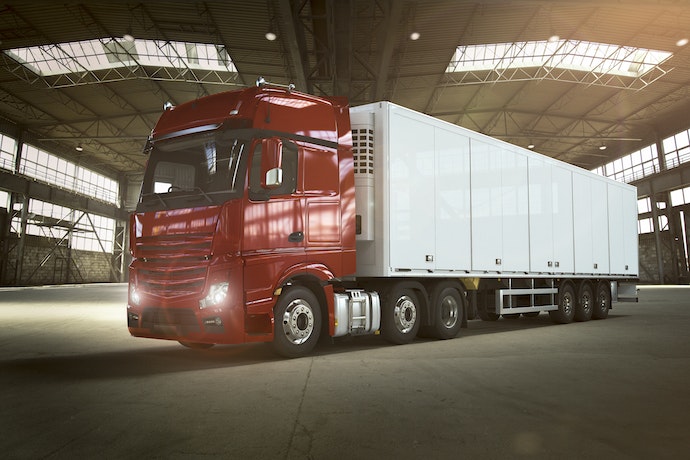 Near Kansas City in Missouri lies SubTropolis, an underground business complex (potentially the largest in the world) covering more than 55 million square feet and home to a number of large companies. SubTropolis is an attractive proposition for businesses looking for a controlled climate, more reasonably priced space and reduced utility costs.

But it’s no good if you want to test a GPS signal. Until now.

You probably already know that location technology (especially those powered by satellites) has a really hard time working underground. The relatively weak radio waves from GPS satellites can’t penetrate through dense earth. But we didn’t let that stop us from working with Ford partner Ground Effects to install and test built-in GPS tracking hardware in Ford’s underground facility.

Overcoming the challenge of subterranean GPS

Ford has expanded its line-up of commercial vehicles now offering Ford Telematics, and along with a growing awareness of the benefits of a factory-fitted fleet management solution, has meant a lot more Ford commercial vehicles are being equipped with telematics hardware.

The GPS hardware is fitted, tested and serviced under warranty, which is a definite advantage for fleet owners over aftermarket hardware options.

But in a limestone cave, which in some places is more than 300 feet below the Earth’s surface, no GPS signals are getting through, and that’s a deal breaker when you’re testing a built-in location-based solution that requires a connection to a satellite.

Brice Osborne was responsible for overseeing the implementation of an underground GPS solution to overcome this problem and explains some background to the project.

"It was, in many ways, a ‘start from scratch’ effort. We looked at the full spectrum of solutions, from microcells to a carrier-backed solution costing over $30,000. We did a lot of on-site research and, based on all the data we had, went with an off-the-shelf solution, which was a very cost-effective option - even if we were stretching it beyond its recommended limits."

In theory it seems simple enough: extend a GPS antenna through the cave roof. In practice it’s not that easy. GPS signals can degrade over the length of the cable or be affected by other RF signals such as microwave radio, WiFi, TV or FM. Low antenna gain and loss from the cable and splitter can also affect the final signal strength.

“In some ways, we were flying blind. On paper it seemed simple enough but we were in a cave where we had to be very careful not to disturb the working businesses around us. We had no wiring diagram for the existing cabling so essentially had to reverse engineer by inspecting what was already there.”

GPS or cellular antennas should ideally have a clear view of the sky and also need to be protected from lightning strikes with surge suppressors.

"There were a number of obstacles such as power supply, hardware mounting and required coverage area that made implementation challenging. We really had no idea how well it would work, or even if it would work at all, until we got to the point of lighting up the system."

"One issue we had was with the internal antenna. If we attached it flat to the ceiling it would mean a very small signal area, insufficient for validating the installed GPS hardware. A custom bracket was built that would angle the antenna to disperse the signal to a larger area."

With the antenna, cabling, repeaters, power supply and internal antenna setup it was time for the system to be tested and the results were even better than expected.

As good as ground GPS

If there were any concerns about the channeled GPS signal being too degraded to allow proper testing of GPS hardware they quickly disappeared.

"The solution worked so well ... it was actually better than the surface location where the outside antenna was placed."

“The coverage in the space far exceeded expectations and almost covered the entire Ground Effects factory, which was a lot more than just the validation area originally requested. Even when using just a simple phone app, the signal is actually as strong, or stronger, than on the surface.”

[Tweet "The #GPS signal was actually as strong, or stronger, than on the surface."]

The new GSM cellular network was an added boon for the teams there, now able to use their own mobile phones, and improving overall communication - something not possible with the old CDMA service.

The setup, now successfully tested, can be replicated in other installation facilities that don’t have ready access to above-ground areas to validate GPS hardware.

Improving and increasing the output of Ford Telematics is good news for fleet owners everywhere. The increased availability of this advanced fleet management solution is providing a wealth of valuable insight into operations.

Using verified GPS data, fleet owners now have an accurate picture of how efficiently their vehicles are being used and can empower their drivers to be more productive and safer while behind the wheel. As it’s built into Ford commercial vehicles at the factory, Ford Telematics provides exclusive diagnostic data that leads to predictive maintenance and proactive scheduling.

So if you happen to see GPS antenna on a mast somewhere near Kansas City take a moment to contemplate what this little bit of technology hidden away in Missouri is doing to help commercial vehicle owners across the country manage their Fords a whole lot better.