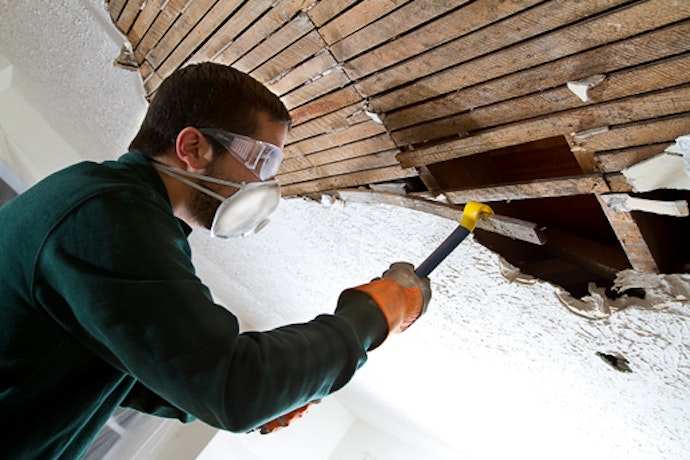 Using Verizon Connect, Paul Davis Restoration was able to save $400 a month in pay that fueled breaks, and cut costs from insurance premiums to payroll discrepancies.

You Could Call It the $400 Coffee Break

Employees at Paul Davis Restoration of Boston South had a habit of stopping for coffee at Dunkin’ Donuts on the way to projects each morning. But Owner and President John Gugliotta had no idea how much lost productivity that cup of coffee was costing his workers until he installed Verizon Connect GPS fleet tracking software on his crew’s 20 vehicles.

Among the software’s many capabilities is fleet tracking, which allowed Gugliotta to see that his crews of five people each spent five to 10 minutes at Dunkin’ Donuts every day while on the clock. That added up to 35-50 minutes of paid time spent at the coffee shop each day, which over the course of a month became eight to 10 hours—with each hour costing about $40 in pay.

Armed with this knowledge, Gugliotta asked his crews to make their coffee pit stop before they clock in each morning. As a result, he has saved as much as $400 a month in pay that simply fueled breaks. The savings Verizon Connect has enabled didn’t stop there. Gugliotta has been able to cut costs everywhere from insurance premiums to payroll discrepancies.

When Gugliotta installed Verizon Connect on his vehicles, it wasn’t his first experience with fleet management programs. His previous forays into the practice, however, were disappointing. One of the systems was unreliable and had a five minute lag time on updates. The other he described as “a piece of junk.”

After several colleagues recommended Verizon Connect, Gugliotta checked out a demo and ordered an unobtrusive installation so he could see what the system could do for a month before rolling it out to employees. Right away, he started to see the positive returns.

Surprise Savings — More Than Just Dots on a Map

When he decided to look for a new insurance plan for his fleet, Gugliotta set up a loss control meeting with a potential agency that showed how he used Verizon Connect. As a result, the company offered him a 40 percent reduction in his premiums, which at the time were running from $70,000-$80,000 a year.

Not long after that, Gugliotta caught a huge payroll discrepancy that occurred on a Saturday, when no one was in the office and crews filled out their time cards on the honor system. Everyone on this particular crew of 10 employees marked nine hours on their time cards. But when Gugliotta reviewed Verizon Connect records, he saw the time the crew spent on the road and at the site added up to only seven hours of work—a two-hour difference. Gugliotta was able to adjust the time cards and save $800 in pay for time that wasn’t actually worked.

In another incident, Verizon Connect alerted Gugliotta that an employee spent an hour in an idling vehicle when he was supposed to be working. He questioned the employee about what he was doing in the vehicle, and the employee responded that he made a personal call and smoked a cigarette. Because the idling time was recorded by Verizon Connect, Gugliotta had the evidence he needed to dock the employee one hour of pay that would have otherwise been lost.

Gugliotta said he is just starting to take advantage of all that Verizon Connecthas to offer, but already he has seen a tremendous positive impact on profits and productivity. With Verizon Connect running 24/7 on a 50-inch TV in his office, he has the peace of mind that comes with knowing his vehicles are always working for him to build a better, stronger business.

Using Verizon Connect, Paul Davis Restoration was able to save $400 a month in pay that fueled breaks, and cut costs from insurance premiums to payroll discrepancies.
Get a demo