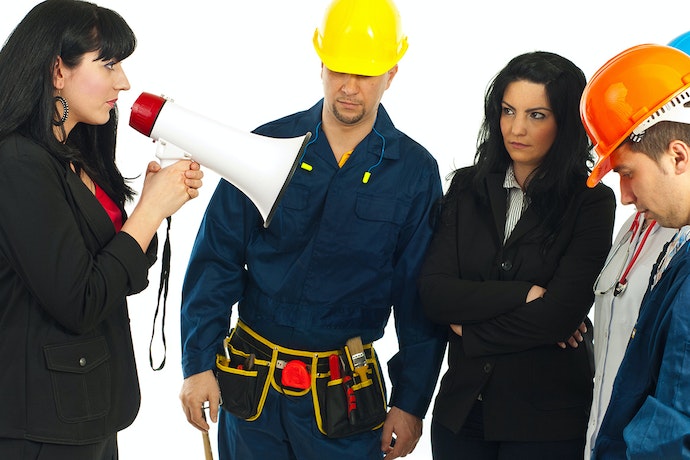 Dysfunctional Families: Is your mobile workforce the poor relation in your enterprise?

Customer demand is leading enterprise change. There’s really no arguing with this fact now. As faster, lower cost and more agile businesses replace the old guard, the rapidity, quality and convenience of an enterprise’s output is being judged with a high level of expectation.

Everybody wants everything right now, and they want it at the touch of a button on their smartphone. Enterprise customers essentially apply their best experiences as consumers to their expectations at work.

But where does that leave the average enterprise? And especially an enterprise with a large amount of mobile workers?

The situation can be looked at like a family. Whereas a close-knit unit will sit down and have dinner together every night, beyond this relationship there may be favoured aunts or preferred grandparents. Then there’s the distant relatives you may only ever catch up with at Christmas or – worse  - occasional family reunions.

While mobile workers should by all rights place a modern organisation at an advantage – the ability to travel where needed and do meaningful work is a boon in such a geographically dispersed business world – the sad reality is that, if a house isn’t in order, and these workers aren’t invited to the proverbial dinner table very often – mobile workers can suffer and prove detrimental to the business instead of adding value to it.

Verizon Connect research, conducted by surveying 200 senior operational decision makers across Europe at organisations of more than 250 employees, with a mobile workforce, shows that customer demand is now putting those mobile workforces under greater strain.

Of those surveyed, 78 per cent said they agree that the wants and needs of customers aren’t matching up with the tactics and technologies available to their mobile workers.

More than seven in ten (71 per cent, in fact) of operational decision makers in fact revealed that customer satisfaction levels could be negatively impacted as a result of disconnects in their organisation’s mobile workforce.

It makes for sobering reading. Digging down into general organisational struggles, we can start to try and figure out exactly what a mobile workforce may be lacking that makes customers unhappy.

A massive 97 per cent of those surveyed admitted their organisation is facing challenges. That’s probably no surprise – running a business isn’t easy. But specifically, half of respondents said that changing customer expectations were a challenge to them, and nearly as many cited operational efficiency as a bugbear.

Implementing new technology - tellingly, when much of what has been discussed here so far can be seen as technology-dependent - was revealed as a significant challenge for a further 44 per cent, while just over a third said that making decisions quickly based on data was an issue.

The efficiency of the mobile workforce was seen as a challenge for 42 per cent, but it’s not difficult to see the other factors cited by the survey contributing roundly to this particular issue.

Organisational functions “working in silos”, budget restrictions, disruptive competition and simply “keeping the lights on” all feature significantly in the report.

At the end of the day, if organisations are experiencing the general problems cited above, but also taking workers out of the office and requiring them to combat familiar issues like atypical working hours, poor communication ability in remote areas and general technological disadvantages of being on the road, there’s no surprise customer demands are increasingly unsatisfied. It’s like leaving a relative off the Christmas card list then resenting them for not sending one back.

Specifically, the survey found that the mobile workforce is chiefly experiencing productivity (36 per cent of respondents said this) and efficiency (35 per cent) issues.

Almost a third said integrating mobile workforce management platforms with IT platforms is an impediment, and almost the same number complained about a lack of visibility across the organisation to allow mobile workers to make informed decisions.

There is a thread of technological inefficiency running through the above discussion. While the expected business challenges of the modern world are all present and correct, the need for effective technology when working remotely is absolutely paramount, and there’s a clear deficit here.

Verizon Connect’s report, however, highlights existing solutions to help cut out a good deal of the above challenges when trying to marry up an organisation facing the hurdles of any modern business, and a mobile workforce feeling the trickledown of these challenges.

It comes in the form of Mobile Resource Management (MRM), and takes away much of the grind of operating a mobile workforce, allowing organisations to focus on solving some of the more urgent essentials. MRM helps connect the vehicles, people and the work that’s being done outside the four walls of your office, meaning your organisation can redirect time and resources to solving the aforementioned issues with technology, accountability and – overall – enterprise agility.

Just to check, Verizon Connect asked the survey respondents what they believe are – or would be – the main benefits to their organisation of adopting an MRM platform.

Just over half of respondents said they could clearly see an increased efficiency in mobile workforce operations as well as see MRM representing a cost saving. Meanwhile, nearly half reported increased customer satisfaction levels and boosted mobile worker productivity.

To sum it up, 85 per cent of senior operational decision makers agreed that an integrated MRM platform would enhance their organisation’s ability to manage mobile employee, machinery and assets. Meanwhile, 82 per cent thought MRM would help them meet tomorrow’s challenges – offering newer, better, faster and cheaper services once their (mobile) house is in order.

It’s a simple transaction, really. Modern enterprises must be quick to act, swift to adapt, and able to make decisions on a dime. A fleet of mobile workers, as we said at the beginning, should offer a natural advantage to a fast-paced modern enterprise. However, a badly-configured and technologically unaccountable mobile workforce can drag a business’s achievements down.

With the right infrastructural boxes ticked, a mobile working fleet can be drawn together into a slick, effective and trailblazing team.

With this in place, an organisation can begin prioritising a similarly effective network of change and agility across the whole business.

Consider MRM as your first step into a more competitive world. It could make your mobile workforce lead the way, instead of dragging behind the status quo.

Enterprises essentially need to invite the whole family round to their place, serve up a loaded Sunday roast, then chat and drink well into the late afternoon. If everyone leaves with a full stomach, great memories and – perhaps most importantly – an invite to the family social media group, there’ll be no poor relations and a whole lot more love.

To find out information about the use case for MRM, check out the full independent Vanson Bourne research paper here.

Are you keeping your new year’s resolutions on the...

Harnessing the power of technology to help stay...