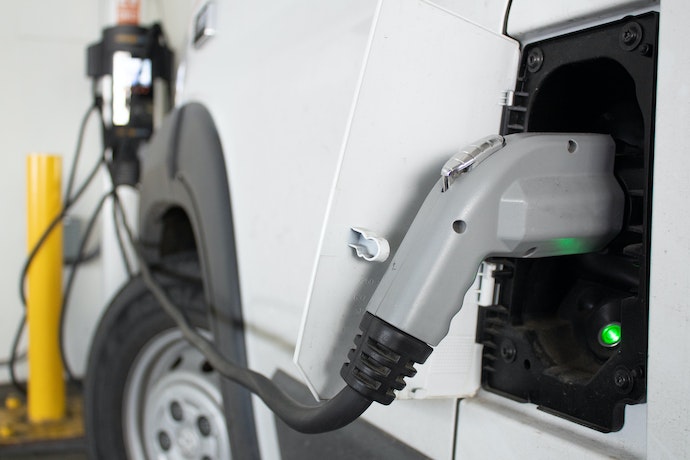 Electric vehicles (EV) are certainly nothing new, dating back to the 1830s. Despite gaining popularity into the 1900s, however, EVs quickly lost ground to petrol-powered alternatives. They practically disappeared from daily use until the end of the 20th century when the electric revolution found its second wind.

Today, EVs are more mainstream than ever before with most vehicle manufacturers releasing electric models in recent years. And this resurgence looks set to last the distance this time around. Thanks to major technological innovations, increased environmental awareness and falling prices, EVs are once again growing in popularity among individuals and businesses.

With that in mind, here are four compelling reasons why 2021 is set to be the year of the electric vehicle.

Perhaps the biggest single factor behind the growing popularity of EVs is emissions – or rather, the lack of.

Governments, vehicle manufacturers and businesses across all industries are committing to evermore stringent emissions targets to improve sustainability and protect the environment.

With road traffic accounting for a considerable amount of the CO2 emitted into the world’s atmosphere, many are looking to make significant reductions in this area. Electric vehicles offer a fast and straightforward way to do just that.

Petrol and diesel phase out

Another major driver towards electric vehicles is impending legislation banning the sale of all new petrol and diesel cars.

Countries around the world have announced similar plans in recent years, including Canada, China, Germany, Spain and the UK. The latter recently set out its aim to end the sale of petrol and diesel engines by 2030, the most ambitious target among the G7 nations.

With the days of the combustion engine numbered, it’s only natural that manufacturers, consumers and fleets will look to other fuel sources and electric vehicles remain the most viable option.

With traditional engines soon to be legislated out of use in many countries, carmakers have wasted no time offering up alternatives. In 2020 alone, over 30 manufacturers, including Audi, BMW, Iveco, Volvo and VW released plug-in vehicles.

A significant obstacle to widespread EV adoption is “range anxiety”. While electric vehicles have been on our roads for some time now, charging points have been harder to come by. This is no longer the case.

In the UK, the prevalence of electric charging points has increased dramatically in recent years. Between 2018 and 2019, there was a 50% increase in the number of public points throughout the country. On average, there are now 570 charge points for every 100km of road – up from just 42 in 2011.

This figure is set to increase with Highways England pledging millions to ensure a charge point every 20 miles across 95% of the country’s roads.

Are you ready to go electric?

If EVs are set to increase in popularity as predicted, fleets will have a large part to play. And there are plenty of reasons for businesses to get on board. In a recent survey of electric vehicle owners in the US, half said EV adoption helped to reduce fuel and maintenance costs, with 37% making the switch to reduce their environmental footprint.

What’s more, electric vehicles can easily be incorporated into modern fleet management tools, giving you total visibility and control of your operation. The Verizon Connect solution allows you to quickly identify your EVs in the Live Map, filter vehicles by fuel type, and monitor the location and status of your EVs from virtually anywhere, on any device with an internet connection.

See what your fleet could look like with Verizon Connect, arrange a free demo today.

How to winterproof your fleet

How fleet technology gets results...

Are you keeping on top of the tachograph?...