What is the future of green cars in Europe? 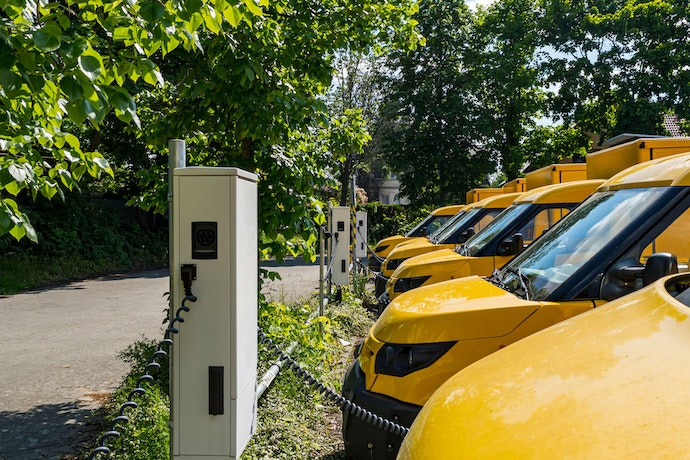 Green vehicles, also known as eco-friendly vehicles or clean vehicles, are considered more environmentally friendly than those than run on petrol or diesel. Instead, they are powered by alternative fuel or electricity.

Hybrid Electric Vehicles (HEVs): The most common form of HEV is the hybrid electric car, although there are also hybrid electric HGVs, buses, boats and aircrafts. With HEVs, all the power comes from fuel, but there is also an electric motor that can assist the fuel-powered engine.

For more information, check out our article on the future of electric vehicles.

According to ACEA, this is how light commercial vehicles are powered in Europe:

From the ACEA report, it is interesting to note that 91.2% of the EU van fleet runs on diesel and just 0.4% of vans in the EU are battery electric, meaning that diesel-powered light commercial vehicles are still more prevalent in all EU countries (except for Greece). Diesel is the favoured fuel of choice for HGVs in the EU with 96.3% powered by diesel (less than 1% of the fleet uses petrol). Only 0.24% of HGVs on EU roads produce zero-emissions, although this is an increase compared to 0.04% in 2019. Regarding buses in the EU, 93.5% run on diesel, 1.4% are hybrid electric and 0.9% are battery electric. However, certain countries are leading the way when it comes to electric buses thanks to the Netherlands whose fleet is made up of 12.4% electric buses and Luxembourg whose percentage stands at 6.6.

Sales of alternatively-powered passenger cars have risen in recent years, but despite this, they only make up 5.3% of the whole EU car fleet. Other green cars such as battery electric cars and plug-in hybrids make up 0.5% and 0.6% of the total, and 1.2% of all cars are hybrid electric in the European Union.

According to ACEA, this is how medium and heavy commercial vehicles are powered in Europe:

The proportion of fuel used in Ireland is as follows: 99.8% of medium and heavy commercial vehicles run on diesel, 0.1% run on petrol, and 0.1% run on natural gas.

According to ACEA, this is how buses are powered in Europe:

For Ireland, the percentages look like this: 99.9% of buses run on diesel and 0.1% run on petrol.

The European Union has come up with a target to reduce its greenhouse gas emissions to 40% below 1990 levels. This should be achieved by 2030. Some sectors are not included in the EU’s emissions trading system and are therefore subject to a 30% reduction compared to 2005 levels by 2030.

Compulsory CO2 emission standards for new vehicles have shown to be successful in curbing these harmful emissions but currently these standards only apply to cars and vans in Europe. Heavy-duty vehicles (alongside cars and vans) are also responsible for producing great amounts of greenhouse gases but unfortunately the EU is the only large-scale vehicle market in the world that doesn’t impose CO2 emission standards on heavy-duty vehicles.

It is estimated that CO2 emissions would decrease by 14% each year by 2030 if the measures implemented to reduce CO2 emissions were to include mandatory CO2 guidelines for cars and vans. There would also need to be mandatory CO2 criteria for heavy-duty vehicles that demand an annual 3.0% reduction rate starting in 2020 and adding an extra 20 cents per litre to fuel taxes in all EU member states. This is compared to 2005 levels, assuming a 2025 CO2 standard for cars equivalent to 78g/km as measured on the NEDC (about 3.9% annual CO2 reduction).

This would equate to around half of the reduction required (30%) for the transport sector by 2030. If the 2025 CO2 standard for new cars were specified at 68g/km (about 6.8% annual CO2 reduction), the transport sector could see an overall reduction of 22% in yearly CO2 emissions by 2030. Although this would be nearer to the EU’s target of 30%, it still wouldn’t be enough, which means other measures will need to be implemented such as using rail more than road.

Passenger cars and vans fall under the light commercial vehicles category and contribute around 12% and 2.5% respectively to the total amount of carbon dioxide (the main greenhouse gas) produced in the EU.On 1 January 2020, Regulation (EU) 2019/631 was introduced whose task was to determine CO2 emission performance standards for light commercial vehicles. EU fleet-wide CO2 emission targets were set for 2020, 2025, and 2030, and a plan was put in place to promote green cars i.e. zero and low emission.

With these strict criteria in place, vehicle manufacturers face penalties for every vehicle registered that year if the emission target is exceeded in any given year. The fine works out at 95€ for each g/km that has surpassed the target.

On the whole though, the future of green cars looks positive and as more people purchase green transport, more benefits will emerge such as lower battery costs equating to lower vehicle prices, and attractive governmental incentives. As more time and effort is put into combatting climate change and people are becoming more aware of the effects, the demand for green transport will no doubt grow and the future of transportation will gradually change for the better.

Simon is the Marketing Manager for UK & Ireland, Verizon Connect. With over 12 years marketing experience in the IT software and business analytics industry, Simon believes passionately in the power of data and how it can help business realise their full potential. 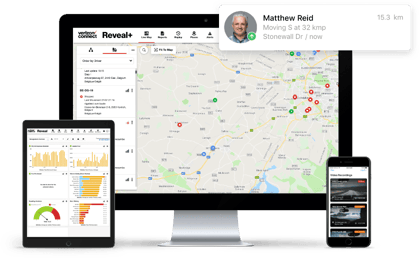 Work smarter from quote to completion with an end-to-end fleet management solution...

Work smarter from quote to completion with an end-to-end fleet management solution...